FACTS-NFT: We care about a greener future

We are now living in a world where a distributed network is not only possible but also allows several innovations. Non-fungible tokens (NFT) are one of them. NFT means you and everyone else can verify you own something that can't be changed, without the need of a third party validation. This is a huge invention and it is just starting to be discovered. Many applications in the real-life will come soon in NFT format. There is, however, a cost to keep the distributed network running. So let's take a deep dive into this topic to understand it.

NFTs themselves do not produce carbon emissions[1]. Minting them does. In an article[2] published recently, the SuperRare team responded to the assertion that NFTs have a disproportionate ecological impact on carbon footprint. In the article, SuperRare analyzed Ethereum, which is one of the most famous and popular blockchain used to mint NFTs. While SuperRare recognizes that Ethereum is energy-intensive, they assert that Ethereum’s energy consumption is fixed at any given point in time, and that the network’s energy consumption isn’t affected by the quantities or types of transactions taking place. “In other words, if everyone took a break from using Ethereum apps and no transactions were sent for a whole day, the carbon emissions of the network would essentially stay the same,” they wrote. grades that will replace Ethereum from PoW to PoS

Key terms: PoW: Proof of Work - computing power as a security mechanism PoS: Proof of Stake - stakers commit funds instead of computing power to secure the network Eth2: is a series of upgrades that will replace Ethereum from PoW to PoS.

So what is the environmental impact of using Ethereum?

According to Ethereum’s website[3],“the way Ethereum keeps your funds and assets secure is currently energy-intensive but it's about to improve”. Their publicly announced plan is to improve Ethereum's carbon footprint at 99.98%, making it more energy efficient than many other existing industries. The goal is to reach this level of efficiency in 2022.

Ethereum is the network used by the largest majority of NFT marketplaces. And more: as previously said, it is currently transitioning to PoS, which is expected to be active in 2022. There are other energy-saving options emerging nowadays, which also proves that the competitive landscape will grow along the next year with greener solutions.

What are we doing now?

FACTS-NFT decided to use OpenSea as its marketplace because it allows us to use their “lazy minting” method. This means an NFT is only minted when it is sold.[4]

How can I calculate the energy consumption with Ethereum 2.0?

What do we plan to do?

FACTS-NFT, just like many other players in the cryptocurrency market, is already testing other alternatives. There are plenty of marketplaces in other blockchains or layer 2 protocols that already use PoS. However, the vast majority of them are not prepared to be open to the public and to be easily used and handled. Some of them are invite-only platforms. Some require that you have a specific token (not popular) to participate in the exchange process. For these reasons, ethereum was the go-to option in FACTS-NFT first version.

What ‘greener’ alternatives are you testing?

Sidechains: NFTs are minted on non-Ethereum PoS sidechains, but can be moved onto Ethereum later. If they are not moved, they can be hundreds of times more efficient. Bridges: Specifically used for making one blockchain ecosystem compatible with the other. This can also be referred to as interoperability and allows chains to interact. The advantage of this alternative is that you can go from ETH to another chain without losing the data minted nor generating a larger carbon footprint. Various Layer 2 (L2) scaling optimizations: This alternative can be up to 100x more efficient. If Ethereum does not provide a good alternative in the following months, the industry can move to other blockchains. The ecosystem around them are quite new, but as the industry moves at a fast pace, some blockchains as Algorand, Tezos, Polkadot, Hedera Hashgraph uses the PoS networks 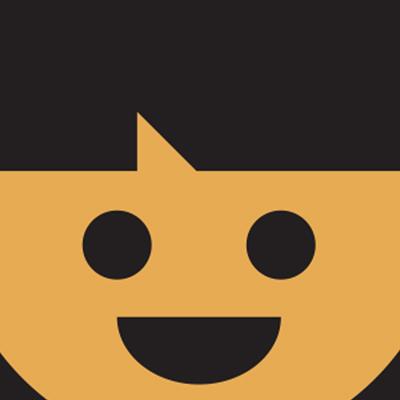 Last updated 5 months ago
Contents
FACTS-NFT: We care about a greener future
So what is the environmental impact of using Ethereum?
Why Ethereum?
What are we doing now?
How can I calculate the energy consumption with Ethereum 2.0?
What do we plan to do?
What ‘greener’ alternatives are you testing?